A lot of people assume that being an influencer is similar to a salesman. However, it’s not that simple.

An influencer is someone that can influence an audience to engage with a particular market. There are different types of influencers that affect how people shop and how often they shop.

Being an influencer isn’t new or comfortable, especially since the influencer market is extremely saturated.

These days, everybody is an influencer. As an influencer, you can influence potential customers by promoting different services or products to your specified audience.

As an influencer, you have the ability to assist a brand in growing, especially if you have an engaged community.

Nano-influencers and micro-influencers are gaining popularity in the industry because they’re more useful than they are perceived to be.

Micro-influencers have fought to prove their worth, especially since many brands and businesses think that followers are all that’s important in the influencer market. We’ve got the inside scoop on the rise and grind of micro-influencers.

If you’re thinking about becoming an influencer, you’ve come to the right place!

Beauty Clout has all the essential information about micro-influencers and how you can become a part of the market too!

The criteria for micro-influencers has changed a few times.

But it’s settled for those with more than 10,000 followers but less than 100,000 followers. Anyone between 100,000-1 million is a macro influencer. Anyone above 1 million is considered to be a celebrity, even if they aren’t nationally known.

All the influencer types are essential types of influencers because they present audiences in a new and exciting way.

However, a micro-influencer has the added aspect of credibility.   Micro influencers are usually more genuine than most macro or celebrity influencers.

They are engaged in their community, and they care about their followers. Micro-influencers also have higher engagement with their communities a lot more than celebrities do because of how much they care.

No matter what you’re trying to attract as a brand, micro-influencers can help you with that, but the work isn’t easy!

Many micro-influencers have to grind to rise!

A lot of people fall victim to the idea that more followers equate to more likes which relates to more popularity, but maintaining a platform isn’t always easy.

Micro-influencers are dominating the industry because they understand that a successful platform is about more than followers. They don’t get enough praise in the world of marketing but don’t worry.

We’re going to let you know why they’re so talented! They may seem insignificant due to the idea that micro means small, but their follower count has nothing to do with their impact, which is nothing close to insignificant!

Communities are essential for any brand or influencer looking to expand their platforms.

As a micro-influencer, your community is what matters most. Most people that are perceived as micro-influencers start as people just looking to share their favorite products with the people they engage with.

Their community grows as they share more pieces of their authentic self. Many people think that building a community is easy, but it’s not!

An audience wants to feel close to the people they follow. They want to know that the products they see a micro-influencer use work well. A community is about more than who follows you.

Before she was “famous,” she was a regular person sharing her love of makeup. She didn’t worry too much about whether she would gain popularity.

When looking to work with influencers, look for those that represent the communities you’re trying to market to. Also, another vital factor of community is loyalty. Most micro-influencers can grow loyal, and authentic communities.

Loyalty matters most because, without loyalty, engagement dwindles.

Content creation is an essential portion of micro-influencers success.

There are so many different ways to create pleasing content for an audience. Most successful micro-influencers are amazing content creators. They know exactly what their audiences want and how often they want it.

Great content relies on an influencers ability to present aesthetics in a way that appeals to their audience. Aesthetics are especially crucial for platforms such as Instagram.

A great micro-influencer will know how to play the aesthetics game. They’ll know how to present beautiful images without losing sight of the message they are trying to share.

Since micro-influencers have tight-knit communities, they are an excellent resource for anyone looking to learn how to create content.

Content is about more than just images, and that’s important to know. Many micro-influencers call themselves story-tellers because they know how to pair a beautiful picture with an equally fascinating story.

Storytelling is choosing to tell a story while choosing to present a visual that appeals to the audience you are trying to reach.

The rise to the top cannot happen without storytelling, and micro-influencers have mastered that!

Reaching Out To Brands

Another part of the micro-influencer grind is reaching out to brands and companies for endorsement deals.

This part of the journey isn’t easy, especially because many people think that brands reach out to influencers first. Micro-influencers haven’t gained popularity without reason.

They’ve been working hard to ensure that brands know who they are. It’s not easy being a micro-influencer when nobody knows your name. This job requires that you put yourself out there!

These influencers know that reaching out is essential and the everyday grind typically consists of sending emails and ensuring that brands are aware of who they are.

When brands know who these influencers are, they are more likely to work with them. Brand work is what funds an influencers’ ability to continue work.

Grinding and rising is a lifestyle and requires commitment.

Engagement is always a huge factor when it comes to being an influencer.

Engagement is what makes micro-influencers stand out. The engagement they receive comes directly from the community they build, especially during the beginning of their careers.

When thinking about commitment, think less about follower count and more about ratios. If someone has a lot of followers, they should be getting a lot of engagement.

However, high commitment with a high amount of followers is not always the case in the world of social media. The path is often the opposite. The more followers you get, the lower your engagement rates are because of the differences in follower activity.

Micro-influencers know how to maintain their engagement without losing sight of their message and overall platform.

In the world of influencing, there is nothing better than high engagement.

Have What it Takes?

As you can see, being an influencer, especially a micro-influencer isn’t the easiest job.

Either way, micro-influencers are rising to the top of the influencer market because of how dedicated they are to making it work.

They love their audiences, and their audiences love them. There’s so much to learn from influencers. As always, BeautyClout has access to the micro-influencers that you need to succeed as a brand.

Make sure you check us out!

4 Ways to Increase Your Engagement for 2021

Why “Gifting” Influencers Helps Promote Your Brand On Social Media 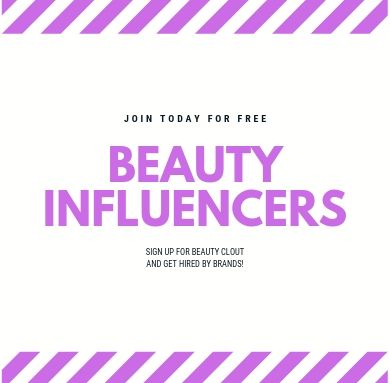